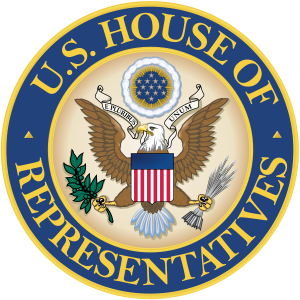 Jacqueline (Jackie) Renae Walorski Swihart was welcomed into the Heavenly Kingdom at 12:34 PM on Wednesday, August 3, 2022 at the age of 58 years. Jackie was born on August 17, 1963 in South Bend. She remained a lifelong resident of the South Bend-Elkhart area. In 1994, Jackie met the love of her life, Dean A. Swihart and on July 15, 1995 Jackie and Dean were united in marriage.

Jackie is survived by a multitude of family and friends who will miss her dearly. Along with her loving husband Dean, Jackie is survived by her mother, Martha C. Walorski of Elkhart; two brothers, David (Karen) Walorski of Osceola and Keith (Brenda) Walorski of North Liberty; mother-in-law, Edna Swihart of Plymouth; and sister-in-law Anna Kathryn (Arlen) Miller of Plymouth. Also surviving are nieces and nephews: Ashley Walorski, Christy (Tim) Lucio, Ryan (Amanda) Walorski, Michael (Amber) Walorski, and Andrew Miller; and great nieces and nephews: Ethan, Elisabeth, Brittney, MacKenzie, Connor, and Cody. Jackie and Dean were blessed with extended family consisting of cousin Patricia (Dan) Mastagh, and special friends Leslie Guzowski and Brenda Allen. Jackie was preceded in death by her father, Raymond B. Walorski and father-in-law, Merl Swihart.

Jackie and Dean spent four years living in Romania as full-time non-traditional missionaries where they assisted in church planting and worked with homeless children, orphanages, the children’s burn unit, and remote villages. They were living in Romania during the tragic events of September 11, 2001. Two years later they returned home to South Bend to be with family as Jackie’s father’s health declined.

State Representative Dick Mangus mentored Jackie as she began her career in politics. She first ran for State Representative of District 21 in 2004 and won, serving in that position until 2010. In 2012, she was elected as the Congresswoman for Indiana’s 2nd District, holding that position until her passing. Jackie split her time between Washington D.C. and District 2, always eager to meet constituents, business owners and veterans. Jackie’s passion for her district and the United States of America was evident to all who met her, and her energy and determination will be greatly missed.

In lieu of flowers, contributions in memory of Jackie Walorski may be donated to any of the following: Jackie and Dean’s 501c3 not for profit ministry, Impact International, Inc; Tunnels 2 Towers Foundation (T2T.org), or RETA of Elkhart County. Please mail contributions to Palmer Funeral Home, 3718 S. Michigan Street, South Bend, IN 46614. Online condolences may be offered to Jackie’s family at www.palmerfuneralhomes.com.

To send flowers to the family, please visit our floral store.