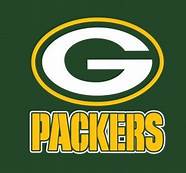 A loving husband and father, Red is survived by his devoted wife of 59 years, Jean Burkhart Mack, as well as his three children, Dr. W.R. Mack of Harker Heights, Texas, Edward Mack of Evanston, Illinois, and David Burns Mack of Chicago, Illinois, as well as daughters-in-law Lisa and Lyn.  He has four grandchildren – Alexandra, Rebecca, Owen and Bennett.  He is also survived by his sister-in-law Joan Burkhart.  He was preceded in death by his grandparents David and Pauline Hopkins, his adoptive parents Edward and Hazel Neelan, his adoptive brother and sister Gee and Mary Ella Neelan, and daughter-in-law Kelly Burns Mack.

A longtime resident of South Bend, Red was a graduate of Hampton High School in Allison Park, Pennsylvania.  He attended the University of Notre Dame on a football scholarship and graduated in 1961.  He went on to play wide receiver and half-back in the NFL for the Pittsburgh Steelers and the Philadelphia Eagles.  He played his final season in the NFL in 1966-67 where he was a member of the Super Bowl I Champion Green Bay Packers.  After his NFL career, Red and Jean settled in her hometown of South Bend where they raised their family and he worked at the Bendix (now Honeywell) Corporation for 35 years.

Red was active in the community, coaching youth sports and volunteering countless hours helping the residents at Healthwin.  He loved Notre Dame football, tending to his flower and vegetable gardens, watching the birds feast from his birdfeeders, eating ice cream and watching his favorite westerns.

He was inducted as a member of the Hampton High School Hall of Fame, the Indiana Football Hall of Fame and the Pennsylvania Sports Hall of Fame. In 2018, Red received the Knute Rockne Spirit of Sports Award. Red was recognized for his volunteer work in South Bend with the Celebrity Volunteer of the Year Award in 2008.

In keeping with Red’s desire to help others, he donated tissue to the Boston University CTE Center in the hope of contributing to the scientific research into the diagnosis and treatment of CTE.

A special thank you to Heartland Hospice (especially Janet, Debbie and Tandy) for their compassion and dedication.

Palmer Funeral Home – Welsheimer North Chapel is assisting the family with arrangements.  Online condolences may be expressed to the family at www.palmerfuneralhomes.com

Your browser does not support this video format. You should be able to view it in Chrome, Safari or Internet Explorer.